Spider-Man PS4 Is Getting Its Own Marvel Comic One of the most impressive things about Marvel’s Spider-Man, at least for my money, was due to the fact that it managed to deliver arguably the greatest version of Peter Parker I’ve ever seen outside of the comic books.

While the likes of Tobey Maguire, Andrew Garfield, and Tom Holland are all excellent in their own lane, Insomniac Game and performer Yuri Lowenthal created a loveable brand-new version of the web slinger that remained true-blue to the hero’s roots without being afraid to shape genuinely concerning modification of the lore along the way. Great news for any fans of the PS4 Spidey then, as it looks like Insomniac’s version of the character is get his very own comic book in March 2019.

Marvel’s Spider-Man: City at War# 1 will kick off a six duty story that follows along with the story of video games, taking place eight years after Peter got bit by a spider and made a decision to popping on spandex and fight crime.

It’ll focus on Spider-Man’s mission to take down the Kingpin( which is where the game starts) and will dive into the repercussions of that action, such as gang struggles kicking off on the street of NY in an attempt to take the Kingpin’s place. If you’re worried you’re just gonna be reading a rehashed version of the video game though, we’ve also been promised the comic will feature new story moments not seen in video games, as well as some cheeky behind the scenes content.

While making the game, the writing team’s objective was to pay homage to Spider-Man’s rich history while at the same time shaking things up to keep players on the edge of their seats. Now we’re thrilled to see our game’s original story swaying full circle and come to life in the pages of this all-new comic book serial in the Mighty Marvel Manner!

This isn’t the first time the PS4 Spider-Man has popped up outside of video games, of course. He recently appeared in the comic book crossover event Spider-Geddon, and his distinctive suit can be seen in the( brilliant) Into The Spider-Verse enlivened feature.

City at War is written by Dennis Hopeless( Jean Grey, Amazing Spider-Man ), with art by Michelle Bandini( X-Men: Gold, What If? Thor ). I can’t wait to revisit this version of Spider-Man, personally. 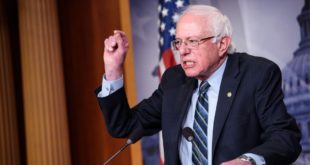