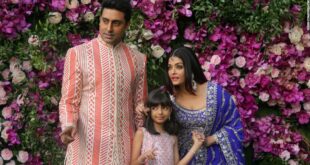 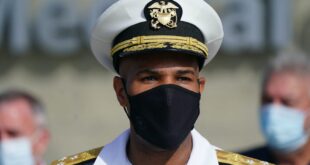 Today, chief marketing officers play a far more active role in the C-suite than ever before.

They don business hats in the boardroom, chart out innovation strategies and ways to integrate technology at scale, and drive measurable results.

With marketers emerging as stewards who steer organizations forward at a time of great disruption, Business Insider is celebrating the global marketers rising to the occasion.

Here we present the third installment of our annual ranking of the world’s most innovative CMOs. The list is a little different from last year’s as we have 25 honorees this time instead of 50.

Scroll on to see the marketers who made the cut.

We relied on our reporting but also solicited nominations from readers. We tapped an advisory council for their suggestions, too.

We then put the names up to a vote, with the council giving each nominee a rank between 1 and 25. We based the final rankings on the average scores.

We tried to cast our net wider than most other similar lists, acknowledging leaders from emerging companies as well as countries outside the US, for instance, whose brands have made a global mark.

CMOs were ranked based on a number of attributes, including:

How effectively they have married art, science, and technology in their campaigns.
How they’re taking their marketing efforts in a different direction than their peers.
Whether they have mastered the art of storytelling across platforms.
How they have demonstrated that they can disrupt their industries.

Other factors were the size of the executive’s brand and how much the brand’s footprint has grown over the past year, the extent of their role and responsibilities, their influence in the marketing and advertising industry beyond their own brand, and whether their marketing efforts have driven their company’s performance. Marketers have had an awakening when it comes to digital media. They are increasingly more aware that it’s really messy and not always safe for brands.

Giant ad spenders like AT&T are grappling with how best to use technology, spending clout, and powerful voices to effect change. Carter has been a leader on all fronts, such as calling out YouTube for its response to advertisers ending up next to hate videos while pushing Facebook to improve its metrics and ad products.

Besides showcasing tough negotiating tactics aimed at moving the overall industry forward, Carter is also using AT&T’s clout to better society. The executive this year helped steer AT&T’s participation in the Association of National Advertisers’ #SeeHer campaign, which aspires to improve the portrayal of women in the media. Former Unilever executive Ojo has played a significant role in architecting CoverGirl’s biggest makeover to date, leading its rebranding effort late last year. She has transformed it from a makeup brand highlighting cosmetics to one that sees itself as a tool for self-expression and transformation.

She has also prompted CoverGirl to revamp its products to be more inclusive of racially diverse skin tones, and even appoint its first male brand ambassador. The legacy mass makeup brand is set to go premium, too, with its own flagship store launching in Times Square in New York City this fall. Rich faced several unique challenges over the past year. For one, how do you market a movie that’s essentially about virtual reality — a concept still fuzzy to many — and do it globally? And how do you overcome lousy buzz for the DC hero fest “Justice League,” which suffers from comparisons to Marvel’s “The Avengers” series?

In the case of “Ready Player One,” the Steven Spielberg-directed movie popped in China and crossed the $500 million, helped along by memorable experiential marketing campaign at South by Southwest. “Justice League” had a tougher go of it, but that was surely offset by huge openings for Stephen King’s “It” (driven by a massively popular web trailer) and “Annabelle Creation.” Overall, 2017 was a $5 billion box office year for Warner, according to Variety.

‘Openness actually draws people into the story’: Why The New York Times is now putting its journalists front and centerThese photos reveal why the 26-year-old organizer of the disastrous Fyre Festival could spend more than 10 years in prison32 of the most dangerous things science has strongly linked to cancer

Tags brand carter more most than their they year