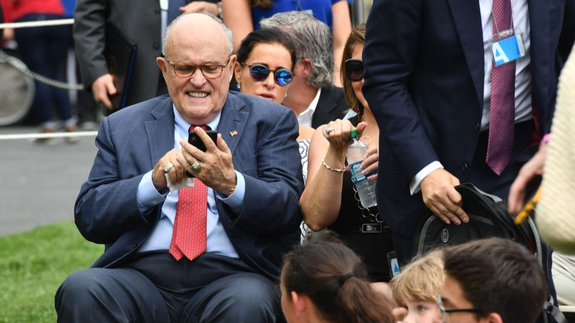 As if it needed reinforcing that “were living in” the dumbest, darkest timeline, NBC News reports that Rudy Giuliani needed help at an Apple Store after locking himself out of his iPhone.

Adding to the sheer stupidity of the accidents was the fact that it happened in February 2017, less than a month after President Donald Trump identified Rudy as his cybersecurity adviser.

Per NBC’s report, Rudy hit up the Apple Genius Bar at one of San Francisco’s Apple storages on Feb. 7, 2017 because “he had forgotten the passcode and had participated in the incorrect one at least 10 times” and was, thus, locked out of his phone. Read more …