Unlike last week, the coming week& apos; s funding activity discovered two undertaking obligation bargains being signed. About $216.9 million was raised in equity bargains, up 113 percent, compared to last week. While two late-stage bargains cornered $123 million of the total funding, the balance amount was raised by early-stage and other deals. 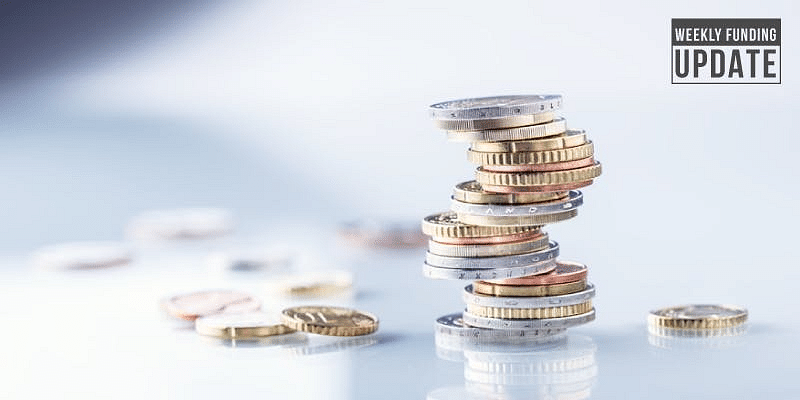 According to the company, the fund created will be used to strengthen the company& apos; s footprint in brand-new cities, scale franchise simulation, technology, and the recently announced consumer lending( NBFC) business.

Bengaluru-based security management startup for gated communities MyGate announced that it has raised $56 million as part of its Series B financing. The new round of investment came just a year after the firm created its Series A round. The round was led by Chinese internet giant Tencent Holdings, alongside US-based JS Capital LLC, and Tiger Global Management. Existing investor Prime Venture Partners likewise participated in this round. The startup will invest the capital in its engineering architecture and hire nearly 200 someones across its product and technology functions.

Bengaluru-based UrbanPiper, a platform that simplifies online ordering for restaurants, heightened $7.5 million as one of the purposes of its Series A round is presided over by Tiger Global together with Sequoia India. Scott Shleifer, Partner, Tiger Global Management, said,” UrbanPiper is helping eateries reduce costs and improve connectivity with diners and food delivery platforms .” The startup will use the new funds to scale the team, its product suite, as well as, for international expansion.

Premium brew label White Owl suggested that it has given rise to $5.6 million( Rs 40 crore) funding led by IIFL India Private Equity Fund supported by its existing investors. According to the company, the brand-new funds will be used to deepen White Owl’s presence in its existing markets, expand the brand’s presence to new markets within India and abroad, as well as, grow its portfolio to include both strong aircraft beer and kegged craft beer nationwide.

IoT-based startup WEGoT closed$ two million as part of its seed money led by GoFrugal, Shyam Shekar( Founder of iThought ), and Brigade Enterprises Ltd. Other investors who participated in this round include Vibhu Natarajan, Director at Grotech Landscapes; Rajagopal S from Entrust; Joydeep Ponugoti from Manbhum Building; and Promod Kumar, who are industry experts in the real-estate technology and buyer industries.

Integrated marketing answers organization Muse Dot Media announced that it has raised$ 1 million in fresh fund from two existing angel investors. The latest funding has raised the firm’s capital from Rs 26 crore to Rs 32 crore. In January 2019, the company had raised $ 300,000 from the same investors.

Bengaluru-based mobile-based dermatology consultation platform Remedico has given rise to $500,000 in a seed round from Venture Catalysts, an integrated incubator and accelerator platform.

Bare Anatomy, a Gurugram-based data-driven beauty startup, raised its seed fund of $500,000 from Sauce.vc, a consumer-centric venture capital fund. With this funding, the personalised haircare startup will augment its state-of-the-art R& D labs, strengthen its marketing and technology department.

Gurugram-based legal tech startup Legalkart heightened a seed fund of around Rs 3.5 crore ($ 0.49 million) from a group of angel investors belonging to the technology, retail, entertainment, logistics, and financial services community within eight months of starting its own operations.

School of Accelerated Learning( SOAL ), a Mumbai-based hybrid read undertaking, closed its first round of funding of $300,000 led by Astarc Ventures. Additionally, tech and startup commanders such as Srinivas Kollipara, Founder, T-Hub; Ramki Gaddipatti, Founder and CTO, Zeta; and Krishnan Menon, Founder, BeeCash participated in this round.

Delhi-based personal care products startup Super Smelly has given rise to an undisclosed sum in a round led by Singapore-based Lyte Investment Bank, along with other angel investors. The startup will be using the freshly heightened funds for research, product testing and further expanding its portfolio.

Global alternative resource director Investcorp contributed an $11.2 million investment in Mumbai-based Bewakoof.com. IndigoEdge was the advisor to Bewakoof.com for the bargain. Founded in 2011 by IIT alumni Prabhkiran Singh and Siddharth Munot, Bewakoof.com is a direct-to-consumer online apparel company, focussed on providing creative and distinctive style at affordable prices for trendy and contemporary Indian.

Cash Suvidha, that extends business lends to SMEs and MSMEs, and personal loans to people announced that it has raised$ 4 million in debt. The funds were raised through different financial institutions.

Nazara Technologies, a gaming and digital athletics corporation, announced that it has invested Rs 83.5 crore ($ 11.7 million) in Mumbai-based Paper Boat Apps, the founder and publisher of Kiddopia, an award-winning, subscription-based preschool edutainment app.

Fintech startup ClearTax announced the acquisition of Mumbai-based audio streaming platform Dose FM for an undisclosed quantity. The corporation said the purpose of the acquisition is to utilise the team’s potential to build mobile focussed products.