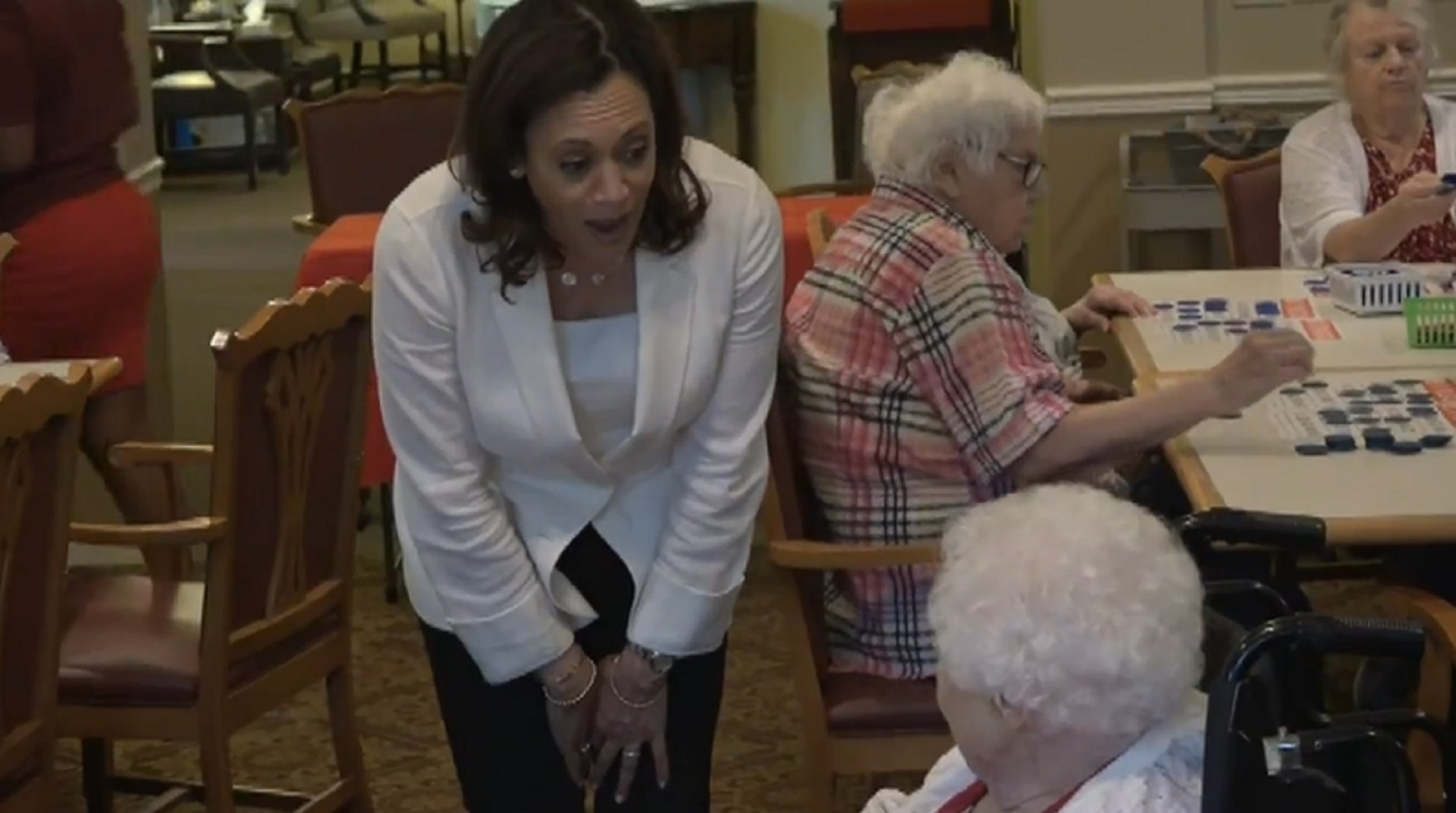 Democratic presidential candidate Sen. Kamala Harris( Calif .) took some hot from an elderly Iowa woman on Monday, when the voter chided Harris and told her to “leave our health care alone.”

What are the details?

According to Fox News, Harris was speaking with tenants at the Bickford Senior Living Center in Muscatine when 91 -year-old Roberta Jewell summoned successful candidates over to her by saying, “Can I ask you a question? I understand that you are advocating health care for everyone.”

“Who’s going to pay for it? ” Mrs. Jewell questioned.

“Well, we’re going to pay for it, ” Harris responded, “because right now, telling you, we’re all paying for health care for everyone, and it’s in an emergency room.”

“No, we’re not, ” Mrs. Jewell said, before telling Harris in no uncertain terms: “Leave our health care alone. We don’t want you to mess with it.”

The Daily Wire’s Ryan Saavedra posted the clip to his Twitter feed, relaying one of the purposes of the conversation 😛 TAGEND

Harris has proposed a Medicare for Allhealth care framework, and says she would still allow private insurers to co-exist under her structure. Unlike other 2020 candidates, Harris has not put a price tag on her plan, which has described criticism and skepticism from her opposings and pundits alike.

Harris’ plan would be implemented over a ten-year period, and she says over that span she would create$ 2 trillion by tax inventory business, bail trades, and derivative transactions.