Here’s Your First Look At The Shared Sequel To Unbreakable And Split, Glass 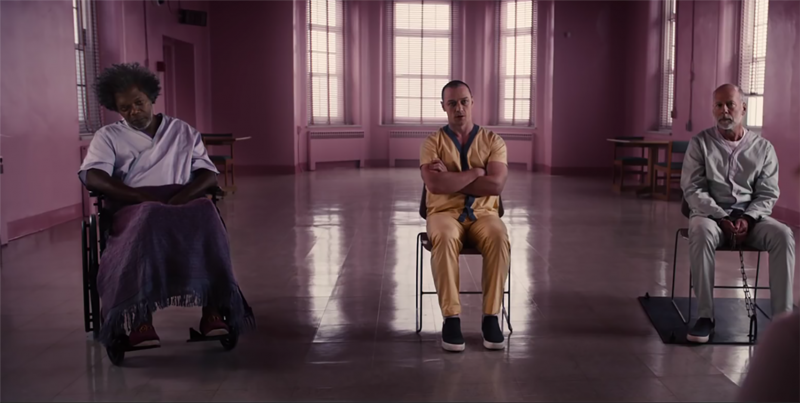 When M. Night Shyamalan was at the height of his fame, he made Unbreakable, a superhero movie noted for its restraint and the performances of Bruce Willis and Samuel L Jackson. More than a decade later, after a few stumbles like the live-action The Last Airbender, Shyamalan released the critically well-received Split in 2016. An after-credits sequence revealed that both Unbreakable and Split were in the same universe.

Now Shyamalan and company have released a trailer for the third movie in this unique take on the superhero genre: Glass. The movie reunites all of the principal characters from the first two films (Willis’ David, McAvoy’s Kevin, and Jackson’s Price/Mr. Glass) in a research center. Given the title, it’s fair to expect that Jackson’s scheming and charismatic Mr.Glass will be the center role of this movie. You can watch every  all go down right here:

So what do you think? Are you excited to see how a trilogy that Shyamalan started all the way back in 2000 plays out? Let us know in the comments below.